Neptune's Pride 2 is a space based, real time, strategy web game by Iron Helmet Games. The object of a game is to be the first to capture half of all Stars in the Galaxy.

This article is a stub. You can help Neptune's Pride 2 Wiki by expanding it.

The game is real-time but played over several weeks. You can log in at any time of the day to check the progress of your ships, view the results of battles, and issue new orders.

Your job is to negotiate with the other players, dispatch ships to capture new stars, and choose where and how to upgrade your existing stars and technology.

Neptune's Pride is not like any other 4x strategy game because its streamlined mechanics allow players to focus on high level strategic decisions and diplomacy.

Neptune's Pride 2 Wiki is focused on creating the definitive guide to Neptune's Pride 2. But while we make an effort to be complete, which may include game bugs and fixes for them, we are not an official game support channel. We recommend trying to game's official forums. 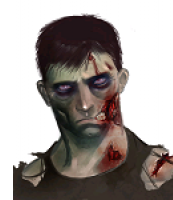